Town Hall Deli opened in 1927. Its original home was on South Orange Avenue, a few doors away from the actual Town Hall; hence the name, Town Hall Delicatessen. The Deli was purchased in the 1930's from the original owner by Fred Joost and Hans Tiedeman; later Heinz Berdorf became Fred Joost's partner..... many villagers today still remember Fred and Heinz.

During the 1930's, Mayor Sweeney, the then-Mayor of Maplewood, visited Havana, Cuba. At the time, Cuba was still open to American tourism. While there, he visited Sloppy Joe's Bar and Eatery. Ernest Hemingway and other famous figures frequented Joe's. The proprietor, Joe, was well-known for the disarray in the Bar in additon to being a famous hang-out- alas, the nickname "Sloppy" Joe! Read More

While the Mayor was at Joe's in Cuba, he developed a taste for a sandwich that he had never had before. In fact, he loved it so much that when he returned to the US, he asked Fred and Heinz to duplicate the recipe to serve at his weekly card game. It was made with cole slaw, ham, cow tongue, swiss cheese, with lots of dressing and was served on thin rye bread. Hence, the origin of the Sloppy Joe sandwich and how Town Hall Deli of South Orange became The Birthplace of the Sloppy Joe!

Today, Sloppy Joes are made in a wide variety, using any two meats and a cheese of your choice, although there are many standard combinations too, if you do not know what you want. There are even meat-free choices. Although Town Hall Deli is famous across the country for inventing the Sloppy Joe, it is first and foremost a Delicatessen in the traditional style, serving quality storemade products for every meal, and specialty favorite desserts like Cheesecake, Brownies, and Rice Pudding. Town Hall Deli even makes their own preservative-free mayonnaise which is used in the salads and on the sandwiches!

Town Hall Deli moved to its most commonly known location, the brick building at 18 South Orange Avenue, around 1940. Sold to its current owner, Tony Wonski, the Deli relocated twice- most recently in 2013, to 74 1st Street and prior to that in 2007 to 60 Valley Street- both just steps away from its previous locations.

Town Hall is constantly adding to the offerings- for instance, today, many customers prefer lighter alternatives, and there a variety of sandwich and salad options including grilled chicken. The Godfather and Grilled Chicken Cesar Salad are very popular. The Reuben with Thick Cut Bread is a new favorite, even among old-timers. There are two or three homemade soups every single day- a great alternative for those trying to cut back on bread. For those who like tempting treats, there's store-baked Breakfast Muffins, NewHy's Cheesecake, Crumbcake, and Chocolate Mousse- all newer additions that everyone loves.

And so, the tradition continues.

"The way they're made at the Town Hall— I assure you that it's the original Sloppy Joe sandwich." 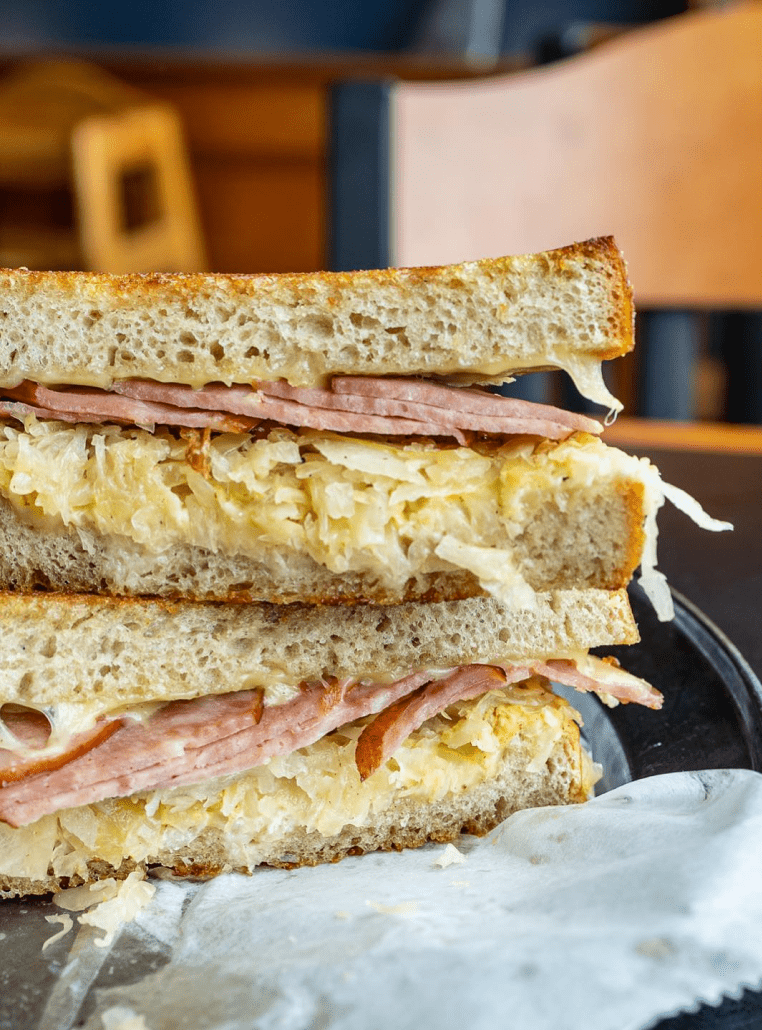 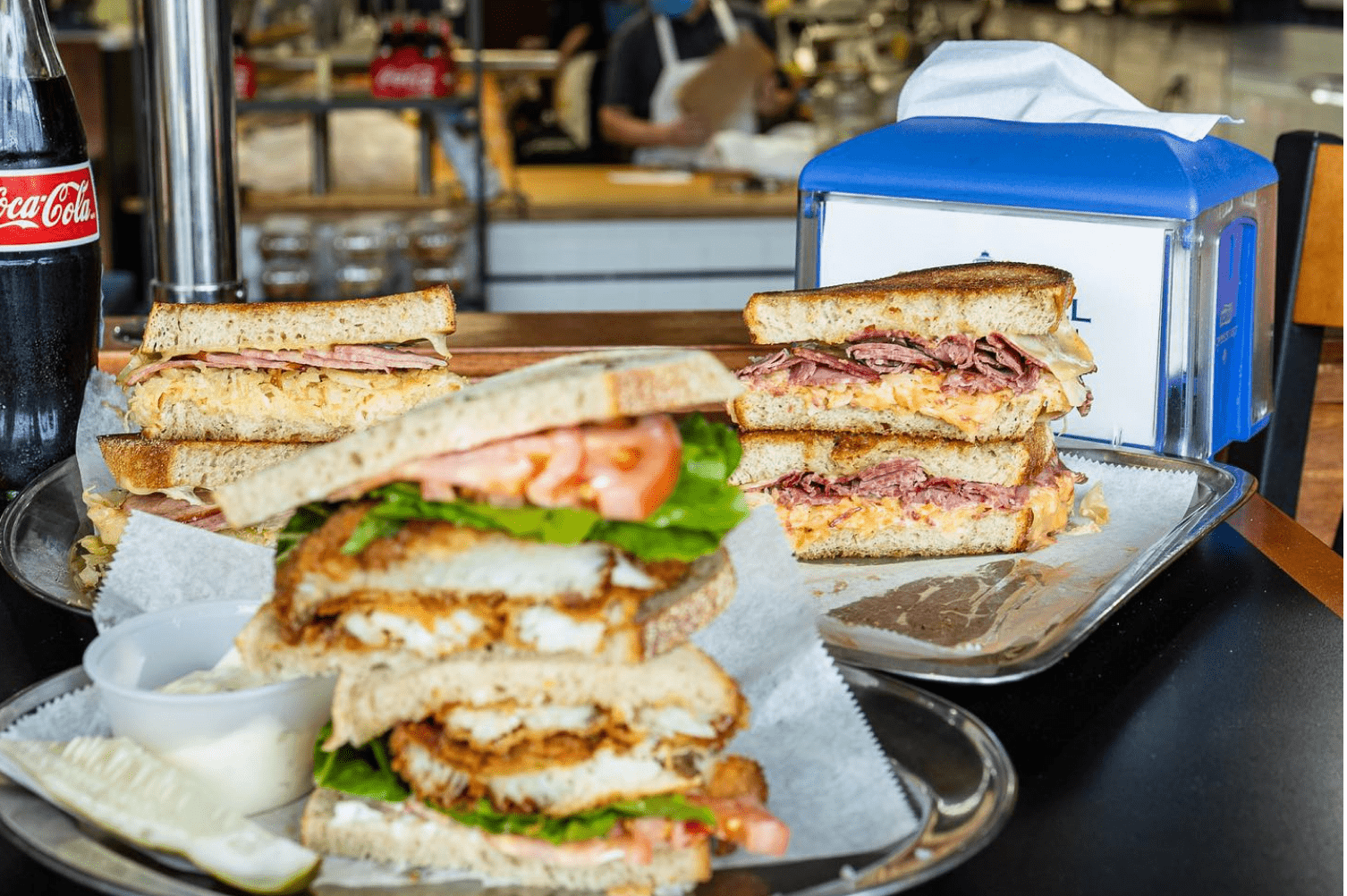 Can’t make it to the Deli or did you move away and miss this taste of home? We have more ways than ever to enjoy Town Hall Deli!

If you're local, select Local Pickup & Delivery below for takeout.

If you're farther away, we also cold-pack and ship nationally via Goldbelly.

Town Hall Deli offers a variety of catering options in Essex County and throughout NJ.

Deli products, as well as cooked meals for breakfast, lunch and dinner are available.

Please reach out to owner Matt Wonski directly with inquiries.